Sibling Rivalry: Why Are My Children Fighting? 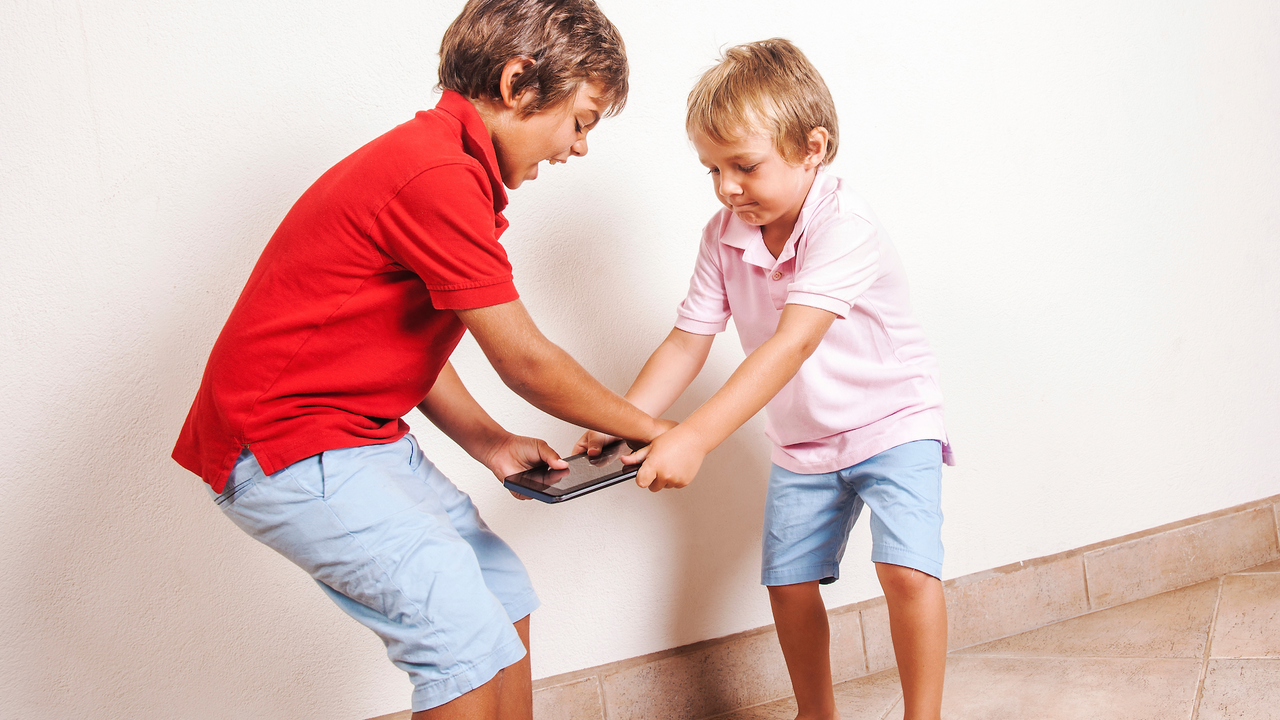 Sibling rivalry is a common issue that parents are upset by. We thought that having a couple more kids would allow them to all play together… so, why are they fighting?

At the root, sibling rivalry is a battle for parental attention, and it starts with the parent playing out old patterns from their childhood.

Parents often (unconsciously) set up dynamics in the home within the siblings that reflect their own sibling relationships from their own childhood experiences. Inevitably, one child is labeled as “bad” and has more power, and the other sibling is “weak” and enlists more empathy. So without even realizing it, parents perpetuate sibling rivalry because they tend towards one child more than the other in the family.

Kids can feel this! They absorb this dynamic and begin to rival each other for the parent’s unconditional validation–especially the one that's cast as “bad” and more powerful. The child gets angry and resentful, especially if they're the older one and they've been misplaced by a younger sibling.

Parents are already overwhelmed as it is, so managing multiple children with varied personalities proves difficult. So, parents just do what's natural and easiest… They lean toward the child that they identify with or the one that's most like them. Therefore, the other child continues to feel bad, and then acts badly. They become typecast as “bad”, the more they are typecast as bad.. it becomes a self fulfilling prophecy.

Why parents are so triggered by their “bad” child

Every parent who experiences sibling rivalry, if they are honest, knows that the child reminds them of someone in their own history. The child either reminds them of themselves in their past or reminds them of a sibling, a torturing cousin or a torturing best friend that treated them in the same way. That's why the parent gets so triggered by the “bad” kid and reacts with strong intensity.

The famous spiritual leader, Dr. Wayne Dyer told a story that often, when his kids would argue (he had 8 children!) with each other, not being disrespectful towards him but to each other, he would just get up and leave the room, walk away. This is such a foreign concept to us. We as parents think we have to intervene, take control of the situation, and stop the altercation between our kids. Later, Dr. Wayne Dyer discovered his kids were just arguing to get his attention, or to be seen and heard by him. And when he would leave the situation, it would alleviate the energy in the room. He discovered a paradox, a completely different way to look at sibling rivalry.

When parents are told to just leave, we can feel so afraid. We think, “They’re going to break something, or kill each other!” But guess what, our children are putting on a show for us, and we are the greatest spectators. Once we are no longer the audience, there’s no more need for them to continue to try. No use for them to try to get us involved. They may even follow us from room to room to continue trying to gain our attention. But advice to parents: Just leave! Don’t get involved.

Children are in each other’s lives, as siblings, for the same reason that they are in ours.

All dynamics in relationships are there for siblings to learn and to grow from. We just need to get out of the way so they can do just that. If we did, so much of our angst around punishment, control, and instilling discipline would fade away.

When our kids bicker and argue, we get anxious–but actually this fighting isn’t a bad thing. It helps teach our kids how to work out differences with others, and unlike with peers, there is no threat of an exit because relationships with siblings in the same household last for years.

Our goal as parents isn’t to keep the peace within the sibling relationship and settle all their conflicts.

Instead, our goal is to use the many daily altercations that arise between siblings to help them learn to create solutions and successful resolutions to their conflicts.

When siblings argue, they often look to us to be the arbitrator, the fair mediator.

Kids have legitimate needs that they need parents' help in expressing to their siblings. If we use these opportunities to teach our kids how to use healthy communication in resolving conflict, it helps them identify and articulate their own needs, so they can problem solve with each other without our intervention. Siblings can actually become closer, instead of being resentful of each other which can be damaging to their relationship.

Book a Free 15 Minute Discovery Call with parent coach, Meg O’Keeffe to talk more about your situation and get your parenting questions answered! 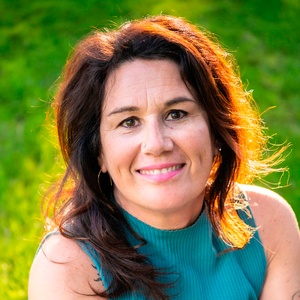 Meg has 30 years of experience teaching children and 12 years owning a Montessori school. She has supported thousands of parents in navigating issues with their children and creating the quality of relationships they long for. Meg offers 1:1 coaching, group coaching, speaking engagements, and workshops for both parents and Montessori educators. 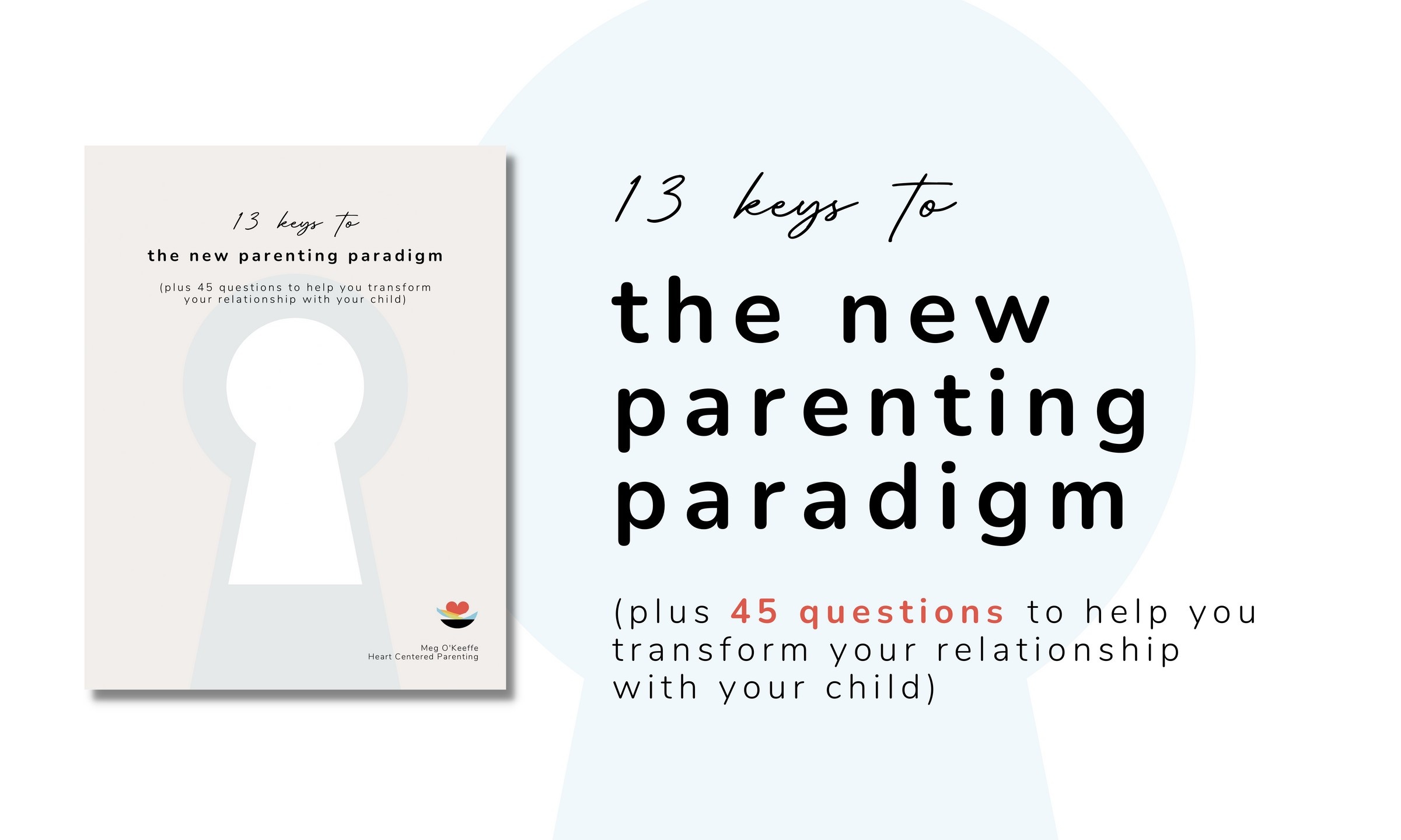 get the free guide!